The period of 14-24 October marks the final journey of Mwalimu Julius Kambarage Nyerere and is a very special week for southern Africans to reflect and rededicate to Africa’s future. 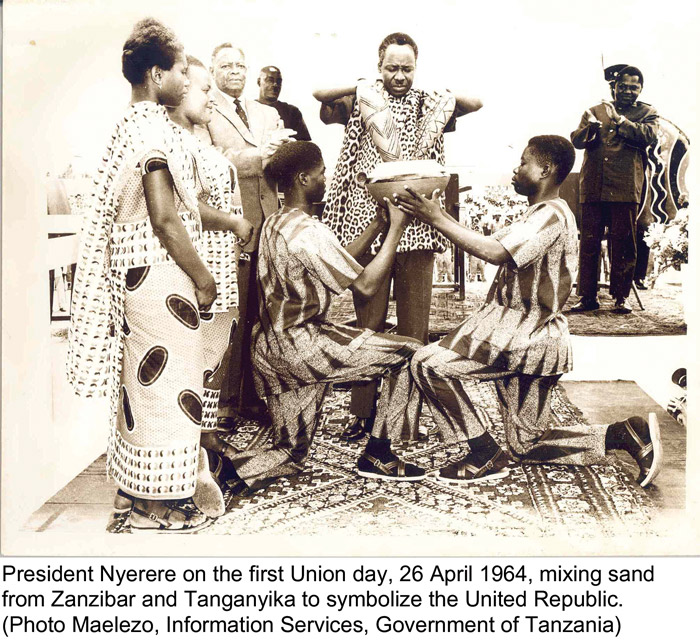 Mwalimu Nyerere passed away on 14 October 1999 at the age of 77.
On 18 October 1999, three million Tanzanians lined the streets of Dar es Salaam to pay their respects to Mwalimu when his body arrived on his final journey, and they continued to file past his coffin for three days and nights.
21 October was the State funeral when leaders and representatives came from every region of the world to bid farewell, attended by 16 heads of state from Africa, representatives of more than 70 countries worldwide and of regional and international organizations, European royalty, and as many Tanzanians as could fit into and outside the National Stadium with a usual capacity of 35,000.
It was the largest gathering at this level in the history of Tanzania. And when the coffin draped in the national flag was loaded onto the gun carriage surrounded by a guard of honour and began moving off on the journey to its final resting place, they wept.
23 October is the day when Mwalimu returned to his final resting place among his family in the village where he was born, in Butiama, Mara region, near Lake Victoria in the United Republic of Tanzania.
The week of Mwalimu’s final journey, 14-24 October, contains other significant dates for neighbouring countries and the SADC region.
19 October is the commemoration of the tragic loss of another close ally in the liberation of southern Africa. President Samora Moises Machel of Mozambique and 34 others died when the presidential plane crashed in South Africa in 1986, lured off course by agents of the apartheid regime using a false beacon.
24 October is the date of Zambia’s independence from colonial rule 47 years ago, in 1964, when President Kenneth David Kaunda emerged as a strong ally of Mwalimu Nyerere in the liberation of the continent.
Those who spoke echoed the themes of Mwalimu’s commitment and legacy of integrity, unity, dignity and equality.
“He is our father, and we are his children.” The then President of Mozambique, Joaquim Chissano, spoke from the heart, thanking the Tanzanian people led by Mwalimu for what they did to liberate Mozambique.
“All Tanzanians accepted sacrifices for this. … Mwalimu was not only able to think and launch slogans on freedom and unity but he could install them into the hearts of citizens.”
He said the unity of the people of Mozambique and Tanzania was cemented when Mwalimu said, “Uhuru na umoja: Freedom for Tanzania and Africa. Unity for Tanzania and all of Africa.”
These were not just slogans, Chissano said, “he thought and practiced, and showed us how to achieve them.
“Mwalimu directed Tanzanians to put a torch on top of Kilimanjaro to illuminate the struggle in southern Africa, and they did – all Tanzanians did so, and Tanzania was made poorer as a result.
“Today we are building a strong region, but we still have weak economies. Tanzania could have had a strong economy today if it did not accept sacrifices in building the future of the region.”
Mwalimu “taught us the main thing that prosperity is built on is the people.”
The then President of Finland, Martti Ahtisaari, a friend and former ambassador to Tanzania in the 1970s and UN Commissioner for Namibia in the 1980s, said Mwalimu dedicated his life to the ideals of human dignity and common humanity.
“His contribution to promoting these values in Tanzania, in Africa and worldwide is indisputable and uncomparable.”
Julius Nyerere was “a great freedom fighter” and a “tireless mediator and peace-builder… who promoted peace and stability in Africa and was an advocate of good governance worldwide.”
Ahtisaari spoke for everyone when he said at the end of his statement:
“Asante sana, Mwalimu. Thank-you, Mwalimu.”
Ujamaa, the concept of togetherness, is another legacy based on the logic of bringing scattered communities together into centres where goods and services can reach them. Nyerere had the vision to do this though the implementation of others was found wanting.  (sardc.net)
Compiled by Southern African Research and Documentation Centre (SARDC, an institution that captures the vision of Mwalimu Julius K. Nyerere, who was its Founding Patron.

by Prof. LDB Kinabo of Sokoine University of Agriculture in Tanzania, dedicated to Mwalimu for his noble service to mankind, reproduced in the Daily News, Dar es Salaam, 22 October 1999
Take a walk through our VIRTUAL LIBRARY
Portals